The object of this game is to pick the 2 Players that will reach the SB Championship Game and the overall Last Toucher as a tiebreaker.

You cannot join this game. 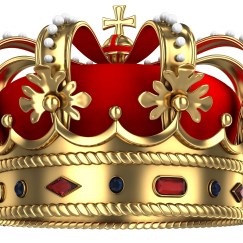 Regardless of how good or bad the Super Bowl is, this game will make it fun to the last play! Invite friends!

Picks revealed between deadlines: No

Regardless of how good or bad the Super Bowl is, this game will make it fun to the last play! Invite friends!

1. Choose one Player to reach the SB Championship Game (you're not selecting if they win or lose).

2. Choose the Player that will face your first selection in the SB Championship Game.

3. From the 2 Players you selected, choose the SB Championship Game Last Toucher. This is for tiebreaker purposes only.

Both Your Players Reach the SB Championship Game.

The player that correctly predicts the 2 Players to reach the SB Championship Game, regardless of which Player wins, is the sole winner and the game is over.

2nd Tiebreaker: Best Combined Ranking Score - Must have a Player in the SB Championship Game to Qualify

If no player correctly predicts the SB Championship Game Last Toucher, the player that correctly predicts a Player in the Last 2 and has the best Combined Ranking Score will be declared the winner and the game is over. If multiple players have the same Combined Ranking Score, it will end as a tie, there will be multiple winners and the game is over.

2. After each deadline, no other changes can be made. The Game Manager will not be able to change or add picks for you after a deadline has passed.

3. If you fail to make a pick for the first deadline, the system will automatically remove you from the Game.

4. If you miss the second or third Staggered deadline, you are not eliminated from the Game.

5. If you miss the second deadline when Staggered Deadlines are used, the system will assign No Pick. The Ranking Score assigned is equal to the worst value within the game.

The last ten unique players to "touch" the ball in chronological order will earn a negative score. All players beyond this ten will score -11.

Definition of a "touch": Any physical contact with the ball, excluding the center snap, during live play only. Contact after the whistle doesn't count. It does not require possession and includes dropped passes, deflections, tips, fumble recovery attempts, kicks, and incidental contact. This could extend over the last several plays if needed to determine 2 unique player touches.

Following is the Scoring System that will be used for ranking. The score for each of your 2 players is added together to determine your Combined Ranking Score. The worst the negative value, the worse the rank.

NOTE: This numeric scoring is used ONLY for tiebreakers. Choosing both or one of the correct 2 players to last touch the ball, or the very last player to touch the ball takes priority over this scoring when determining the order of player finishes. If you choose a player that doesn't play or isn't one of the last 10 to touch the ball, you will get the highest score allowed.

The scoring is as follows:

Second to last player to touch the ball
Score = -2